The International Order of the Rainbow for Girls (called IORG, or Rainbow) is a non-profit, fraternal youth service organization for girls between the ages of 11-20. Rainbow provides an environment where teenage girls gain self-confidence and self-respect while practicing reverence, patriotism, love, and service. Rainbow teaches leadership skills, service to the community, patriotism to our country and respect for all.

It is not a religion, cult or secret order. Nor is it connected with any other group using “rainbow” in their name or logo. Rainbow is a character-building service organization that is open to all girls regardless of their religious belief.

It is represented in 45 states and in nine foreign countries. Girls from Queensland and New South Wales, Australia, Brazil, Bolivia, Aruba, Japan, the Philippine Islands, Canada and Germany enjoy the same privileges of the Order as the girls in the United States, where it originated. The organization started in the city of McAlester, Oklahoma where it spread rapidly throughout Oklahoma and the surrounding states, then throughout the nation and into foreign countries.

Additional information is available on the California IORG web site.

This website acknowledges allegiance to the Supreme Assembly, International Order of the Rainbow for Girls, whose seat of authority is in McAlester, Oklahoma, U.S.A., of which Reverend W. Mark Sexson was the founder, Mrs. Marie Renda, Illinois, U.S.A is Supreme Worthy Advisor and Mrs. Sara Lee Martin is Supreme Deputy in California. 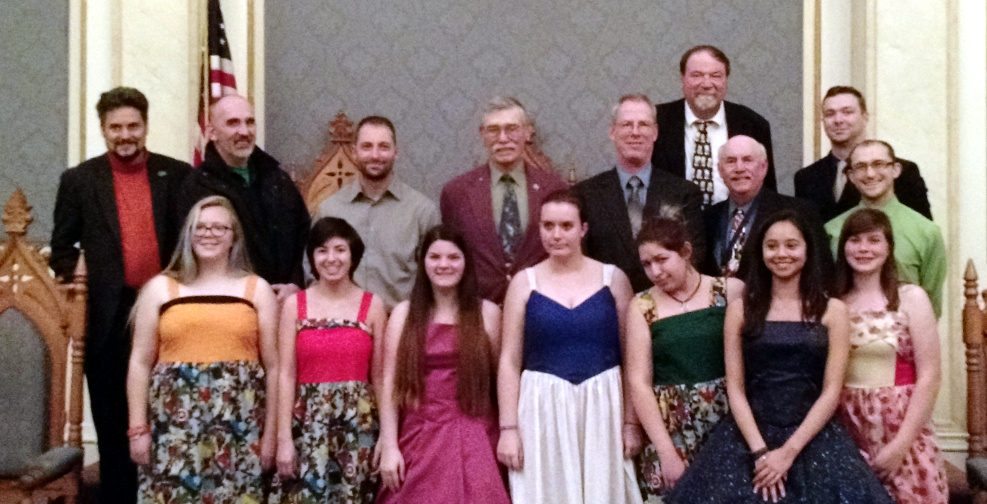