From the West (November) 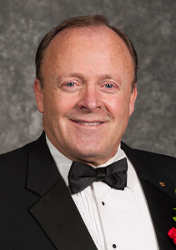 I recently had a conversation that was pleasant enough until the subject of Masonry came up. It started with the usual niceties, where are you from, how long have you been married, and so on. Then the telling question came out, â€œWhat do you do?â€ My usual response started with “Iâ€Ÿm retired but I keep pretty busy with Masonry.” At this point the conversation stopped and the person couldnâ€Ÿt get away fast enough. Well Iâ€Ÿm persistent enough to follow with a question of my own, â€œDid I say something offensive?â€

I could tell the subject of Masonry was uncomfortable but I felt compelled to explain the many positive aspects I received from my involvement with the Craft as softly as I could. When I discovered the problem was a misunderstanding that Masonry was a kind of cult I proceeded to defend my investment of dedication.

I think this dilemma has stemmed from the â€žsecretâ€Ÿ definition so often associated with Freemasonry. We in the fraternity even encouraged this attitude by not talking about its qualities, not announcing our charitable inclinations, not advertising who we are, and what we do at our meetings. Just a generation ago fellows didn’t even talk to each other aboutÂ  Masonry, a candidate had to ask three times how to become a Mason before we even started to talk about Masonry to him, and very rarely was anything ever written publicly about the fraternity except to accuse us of evil intentions.

The solution might be a major public relations campaign beginning with an explanation of what is Freemasonry, what are itâ€Ÿs intentions, is it a religion or is it merely religious, what are all of the charities we support, tell of our 300 year history and the prominent men of the world who have attributed Masonry for their success, actually point out some of the accomplishments of Freemasonry like the idea of democracy, public schools, and hospitals for kids which donâ€Ÿt cost anything for treatments. Hereâ€Ÿs something radical, reveal to the public some of our â€žsecretâ€Ÿ ritual and itâ€Ÿs meaning, like at our installations of Officers, Masonic funerals or cornerstone ceremonies.

Once the general population is made aware of who we are, what we do and why, then we may begin to feel some appreciation for spending so much of our free time in this pursuit and less hesitation to engage in a conversation. Talking openly about Freemasonry is the key to unlocking this myth of â€žsecrecyâ€Ÿ. Letâ€Ÿs begin to talk about applying the lessons we spend so much time memorizing to the dilemmas of modern life and come up with some common solutions. Talk, talk, and talk. We wonâ€Ÿt grow by keeping our Light under a basket.